We operate group tours of any size for the leisure and the MICE industry .

Our offices are based in Sydney and in Auckland and our team, while smaller post-covid, remained in action throughout that period.

Our clients are primarily from Western markets with a focus on Europe as well as North and South America.

We are particularly interested in unique venues and spectacular meal options for our clients who want to experience the best of Australian food and wine.

For the past years we have developed more connections with environment sensitive suppliers, offering low carbon print solutions.

We are always on the lookout for that special experience that will make our programs unique!

We look forward to be working with you in the near future. 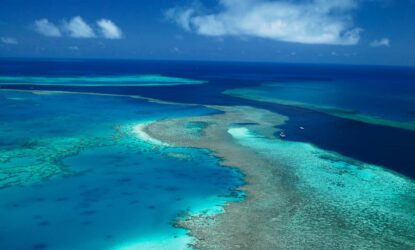 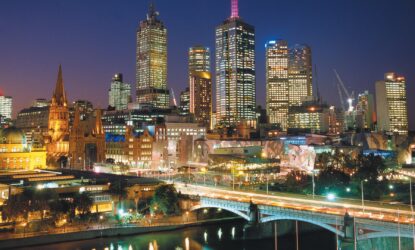 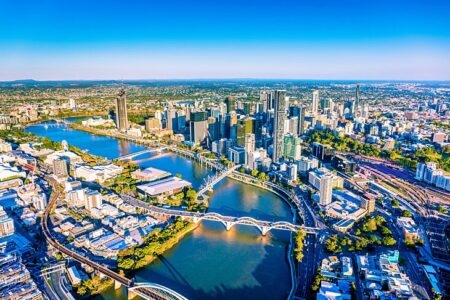 Brisbane is the 3rd Australian metropolitan area located in the Southern part of Queensland and benefiting of what is known as the best Australian climat with an average of 300 days of Sunshine.

It is a centre of research and innovation most specifically in Medecine and Biotechnology.

Moreton Bay and its marine park is also a major attraction, and its three primary islands Moreton Island, North Stradbroke Island and Bribie Island, accessible by ferry, contain popular surf beaches and resorts. Tangalooma resort on Moreton Island is popular for its nightly wild dolphin feeding attraction, and for operating Australia’s longest running whale watching cruises. The Fort Lytton National Park including a colonial defence fort and museum is also a historical bayside attraction. Beachside suburbs such as those on the Redcliffe Peninsula, as well as Shorncliffe, Sandgate, Wynnum, Manly and Wellington Point are also popular attractions for their bayside beaches, piers, and infrastructure for boating, sailing, fishing and kitesurfing.

JCM views : Brisbane is changing fast and for the best . It has an international airport and is the gateway to the Gold Coast which is a good area to explore with the option to reach the Southern tip of the Great Barrier Reef. 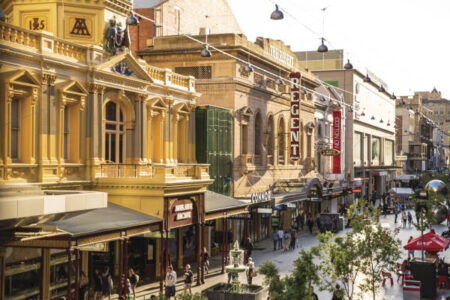 South Australia was the first free settler colony in Australia and was setup for the free exercise of religion. Consequently there are many different congregations.

It is also known as the city of many pubs ! It could be that in the early days there was 1 pub for 1 church, I am just guessing.

Adelaide is a dynamic city and host many festivals and events.

JCM views : we like Adelaide for its smile and its maze of colonial buildings; the city has style and charm, is vibrant and friendly and we invite you to explore the older and richer North Adelaide quater. Its neighbour Barossa Valley is well known for its wine however Adelaide Hills, Mac Laren Vale are less commercial and more prone to good time. 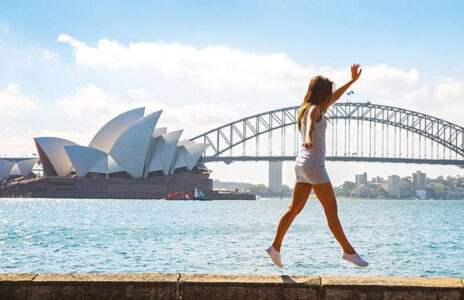 Sydney is the largest Australian city but an easy reach to its best locations .

The city is surrounded by the ocean and numerous bays and coves which makes it unique and pleasurable.

You can explore by land, sea and sky using your shoes, the ferries or the water taxis, the seaplanes and helicopters and in 2025 a float of electric planes will allow for many swift transfer options. This will be, the first 0 emission airline !

Once you get close to Sydney harbour it

becomes difficult to figure out if people are going to work or going to the beach. A bit like the Manly peninsula saying : ” seven miles from Sydney and a thousand miles from care ” .

Sydney is playful and hides many surprises on the way . The Sydney Opera House will show you the best of the city in all direction.

JCM views : all the above ! 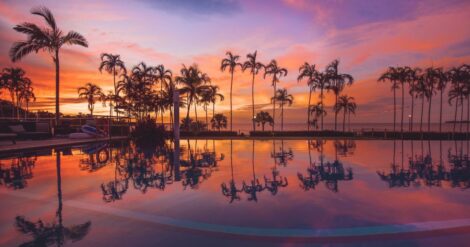 Darwin, is the Capital city of the Northern Territories and the Australian gateway to Asia. It’s closer to the Indonesian capital of Jakarta than it is to Canberra and is about the same flying time from Singapore and Manila as it is from Sydney and Melbourne.

Darwin has a relaxed lifestyle and unique multiculturalism, where people from over 50 different cultures live and work side by side. The regular Asian-style markets form an intrinsic part of the everyday Darwin landscape for local residents with sea food, music, language, and culture from just about every Asian nation. There are also “crocodile hunters”, local Aboriginal artists, musicians of every genre, sports fishing operators, sunset sails, and families with children playing on the beach. Darwin’s unique cosmopolitan makeup has been recognised as an “multicultural icon of national significance” by the Australian National Trust.

Darwin’s tropical climate has two major seasons, the ‘dry’, from about May to October, and the ‘wet’, from November to April. Major cyclones have occurred approximately once every three decades. Much of the city was destroyed by Cyclone Tracy in 1974.

It has been 100 years since founder, Nicholas Paspaley Snr arrived in Australia. He journeyed from the Greek island of Kastellorizo, crossing the world’s oceans to arrive in the Kimberley – the home of the most beautiful pearls in the world.

Darwin is also the gateway to Kakadu National Park, home to many Aboriginal cultural sites and to a rich wildlife to be seen while cruising on the wetlands .

JCM views : we love it for its beautiful remoteness, its most outstanding sunset on the Timor sea, its Australian-Asian feel, its people and the amazing environment. 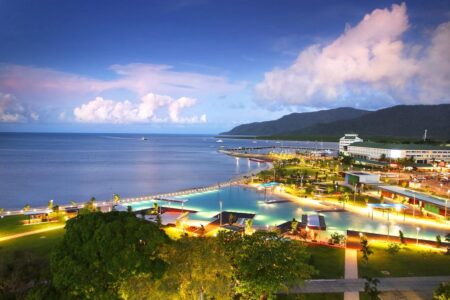 Cairns is the only place in Australia where two UNESCO World Heritage Sites are located side-by-side. It’s the gateway to the Great Barrier Reef, Daintree and Wet Tropics rainforest, Atherton Tablelands and the outback Savannah region. It’s a truly inspiring place for students who want to make a difference and spend time with like-minded eco-aware people.

The city is located on the waterfront, with grassy lawns, restaurants, bars, sport and recreation areas and a 4800m² lagoon along the Esplanade. A chain of relaxed seaside villages with sandy shores sprinkled with palm trees and lifeguard patrolled swimming areas are located north of Cairns CBD, close to the JCU Cairns, Nguma-bada campus, Smithfield.

Industries that drive Cairns are diverse, ranging from tourism and health through to agriculture and education.

Cairns has grown to a city of 160,000 inhabitants while it was below barely 30,000 in the early 70’s. Its neighbour Port Douglas, 1 hour North, is a must see, with a population of 12,500 a similar access to the Great Barrier Reef and immediate access to the rainforest.

JCM views : Cairns benefits of the closest access to the Great Barrier Reef while sitting at the footstep of the amazing tropical forest. It makes it an amazing discovery and playground for the visitors. Locals are top friendly and welcoming. 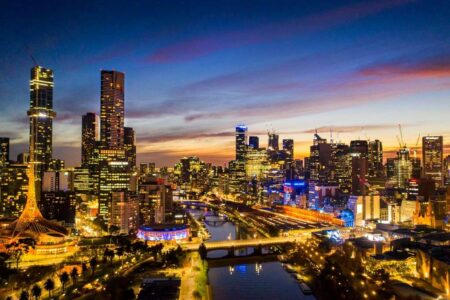 Melbourne is the capital city of the state of Victoria and is home to more than five million people. We have a proud history of cultural diversity.

The official language spoken in Melbourne is English, but more than 100 languages are spoken by Melbourne residents.

Melbourne is a mix of old and new. Exclusive shopping arcades and the bustling Queen Victoria Market, along with historical landmarks from centuries ago, blend in with modern architecture and smart urban development .

It boasts extensive parklands, with many centred around the Yarra River to the south-east of the central business district. Birrarung Marr, Melbourne’s newest park, is located next to Federation Square, while the Kings Domain and Royal Botanic Gardens, between St Kilda Road and the Yarra River, feature the Sidney Myer Music Bowl, several lakes, a large collection of historical monuments and memorials, and pathways all of which traverse manicured gardens and lawns

JCM Views : Melbourne is the sexiest Australian city, classy, well behaved, full of culture and good food and wine . Eventhough close to 5 million people live in the Melbourne district, only 169 000 live downtown ! And they all talk to you in the street !

We are quite impressed to see clients who were rebooked 4 times and who are still showing the absolute determination to make it from Europe to Australia in October this year . 100 of them who will land in Perth, travel to Ayers Rock and spend time in Sydney .

Starting West saves 2 to 3h of your international flight and takes you to a green city within a State covering one third of Australia. Western Australia has a total population just below 2.7M and Perth 2.15M. It says something about the magnitude of the States and the powerful contrast one encounter when exploring. The environment is absolutely unique, the wine is amazing, the population is relaxed and love spending time on the water.

In January next year we will be hosting 200 delegates from South America; an incentive dedicated to Sydney and including some dynamic activities such as a sailing regatta, surf and paddle lessons, while enjoying the best of the largest Australian by sea, land and air (seaplanes) . 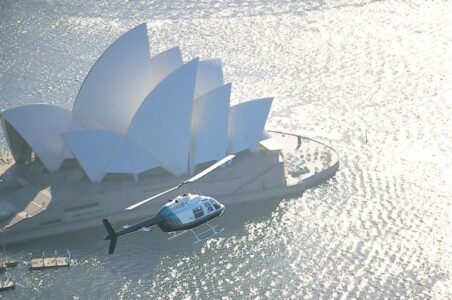 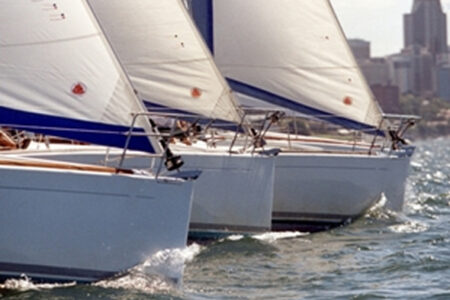 We, at JCM destination Australia, are happy to reconnect with some normality wether it is the new or the old world , we like it when there is movement .

During these last 2 years we have done research on sustainable projects and initiatives that will help reducing the travel carbon print.

A number of our suppliers are very active be it from the heart of the country around Alice Springs or Sydney, there is, yes, a new wave showing .

As an example, Eve and Sydney Seaplanes are partnering to provide eVTOL air taxi operations around the Greater Sydney area. The deal will see the Embraer offshoot begin to deliver 50 of the small electric aircraft to Sydney Seaplanes as soon as four years from now, as the first aircraft is expected from 2026.

In Alice Springs, the Double Tree Hilton was built with an eco-mindset and awarded for its environmentally friendly innovations with its green design. This place takes sustainability and caring for the environment seriously with solar panels on the hotel’s roof generating most of the hotel’s power .

The Amora hotel Jamison Sydney is one of the first hotels in the world to monitor resources in real-time and share updates hourly with guests and staff. They have even turned sustainability into a better guest experience by giving each guest My Green Butler, a free service that advises guests on wellness, how to improve their comfort, shares resource use feedback, offers energy and water-saving tips, whilst also detailing of our fundraising for nature. When guests see their impacts, they can help reduce them. My Green Butler also adds to a more fun and authentic experience with personalised itineraries that share the best local secrets.