We recently inaugurated our own MICE division by Aventuras 2000 Destination Management Company (DMC), focused in the MICE sector innovating permanently and delivering fully satisfactory services  for our clients.

As the largest DMC in Panama, with  more than 20 years in the market, and more than 4 millions tours  sold, we  offer an integral service, which includes all the tourist  services that your clients might require, to ensure their stay is  unforgettable and 100% satisfactory. As part of our expertise during the years we open Think Mice exclusively for the MICE sector. 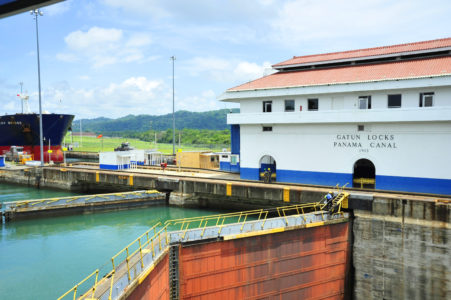 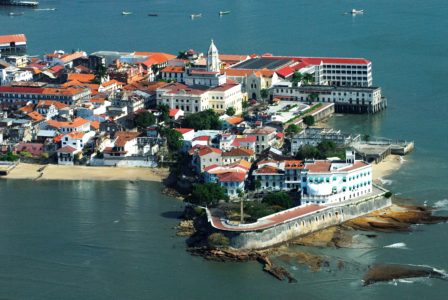 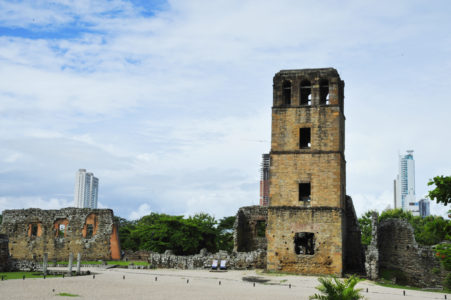 We have the most qualified personnel in Panama, with a  continuous training program that guarantees that our staff is  permanently specialized and updated with the innovations,  quality standards, management and logistics of the sector.

These strengths allows us to offer the following services:

We provide a wide range of services in Panama, from a personalized meet & greet at the airport, to luxurious receptions, special activities, a great variety of theme parties production, all of this as the local experts in Panama. Our specialized team is ready to design the program you want in Panama, responding to the needs that all your participants deserve in your MICE group. Our goal is to make participants feel that Panama is a unique experience in life.. At Think Mice we are always ready to take your event beyond the limits of the imagination and improve our reputation simply by fulfilling our promises. 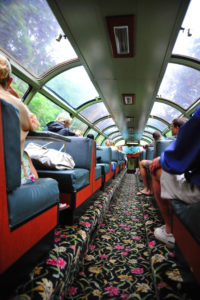 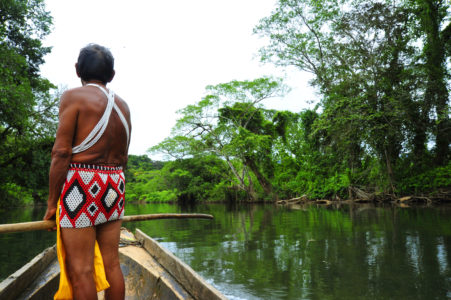 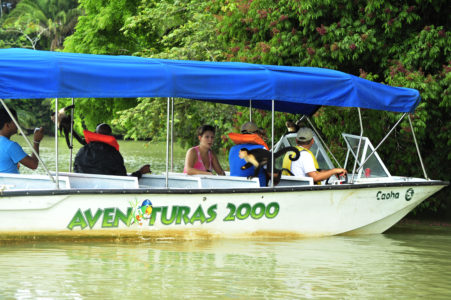 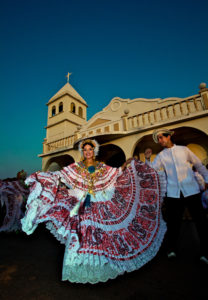 Imagine a dream where you can find the most beautiful  beaches and islands of two oceans, the most important  rainforest and mountains, a modern metropolitan city and last  but not least, the eigth wonder of the world, “The Panama  Canal”. All of this in just one place and destination within your  reach! In this small Paradise you can find the most complete  tourism infrastructure where you will be greeted by locals with  a friendly smile.

“The art, music, history, tourism, dance and gastronomy are  part of the secrets that surrounds our visitors in diverse and  exquisite environments, where you will have a taste of the most  wonderful charms of the Caribbean.” 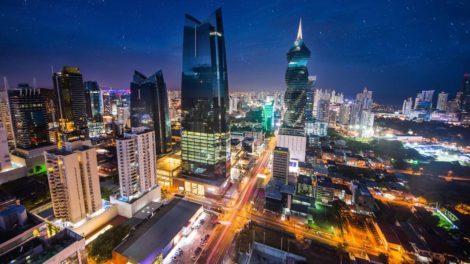 Panama takes its parties seriously, and 2019 could mark the country’s most evolved fiesta yet. Panama City—the oldest continuously occupied European settlement on the Pacific coast of the Americas—is turning 500. Ancient walls, glassy skyscrapers, and a mix of African, Native Panamanian, and Spanish cultures have all played a part in forming the frenetic “Miami of Central America.” Lately, however, Panama has become more focused on preserving its treasures. Head to the historic quarter of Casco Viejo and you’ll find innovative restaurants built inside restored colonial buildings. Meanwhile, on remote islands where hiking trails are peppered with Pre-Columbian era pottery and protected wildlife, new eco-resorts are finally putting Panama on the map for sustainable tourism.

For most, a visit to the isthmus country begins with a quick stop in the capital city before jetting off to nature. Learn the greeting “que sopa” (local slang for what’s up?) and you’ll have no problem making friends. While you’re there, check the big one off your list: the Panama Canal, a maritime trading conduit that was controlled by the U.S. for over a century before being turned over to Panama in 1999. Over the past 20 years, Panama has come into its own more than ever before. Cultural progress is most visible in Casco Viejo, the city’s old town, which has transformed into a stylish hotspot and UNESCO World Heritage Site rolled into one.

“When we opened on this street, you wouldn’t walk here at night,” says chef Felipe Milanes, owner of Tomillo Panama, a restaurant housed in the shell of an 1855 railroad office. “Right when we opened, all the buildings around us were sold. There are two that are almost finished and three restaurants that opened up the block. All of this happened in two and a half years.”

Meander over to The Strangers Club, a bar by Steve Schneider and five other bartenders from New York City’s Employees Only, and you’ll find retro-inspired interiors in line with Casco’s other atmospheric spots including fine dining restaurant Donde José, healthy eatery Mahalo and hole-in-the-wall diner Fonda Lo Que Hay.

“Building codes in Casco Viejo are tightly managed, supporting the vision that this unique part of the city maintains its colonial roots,” says Rob Harper, a Panama resident and the co-owner of Namu Travel Group. “They want the architecture to look as close to its original version as possible.”

Succeeding at this, at least in terms of its restored neoclassical façade, is The American Trade Hotel (a collaboration between Atelier Ace and Conservatorio, one of the property developers focused on revitalizing the neighborhood). Step inside the building—historically considered to be Panama’s first modern skyscraper—and you’ll find the city’s fashionable set dining under macramé wall hangings by Los Angeles-based artist Tanya Aguiñiga.

By night, the rooftop of the Tantalo Hotel becomes a low-key hangout amidst interiors designed by artisans using upcycled materials. Its sister restaurant, Caliope, is one of the area’s first farm-to-table restaurants. Despite its proximity to Costa Rica, Panama has been slow to embrace environmental sustainability. But with new eco-properties opening near the protected Gulf of Chiriquí National Marine Park, this too is changing.

Leading the charge is eco-luxury resort Isla Palenque, which opened in 2018 with eight new design-forward beachfront villas set on a 400-acre jungle-swathed island where monkeys outnumber humans. Its golden ratio allows for top-notch wildlife viewings on the hiking trails, plus plenty of private beach time. As the first Panama resort to join the Cayuga Collection, a group of luxury sustainable lodges in Latin America, Isla Palenque is aiming to improve environmental awareness in the region (not an easy task in a country with limited recycling programs) one papaya-leaf drinking straw at a time. For now, the Gulf of Chiriquí is accessible to those willing to make the journey (COPA Airlines offers daily one-hour flights from Panama City to the town of David), but it likely won’t always remain a secret. A few miles away, Islas Secas Reserve & Lodge, a solar-powered resort by billionaire conservationist Louis Bacon, is set to open in January 2019.

“This area of Panama gets very few visitors so it really feels pristine, new and undiscovered,” says Hans Pfister, co-founder and president of the Cayuga Collection. “There is huge potential in the area but hopefully the growth will be sustainable.”

Wild and untouched, the Gulf of Chiriquí incites a feeling of discovery, its golden sand beaches and jungle paths offering a more bucolic lookout than that from a rooftop party in the capital. But no matter where you are in modern Panama—500 years in the making—what’s old is new again. 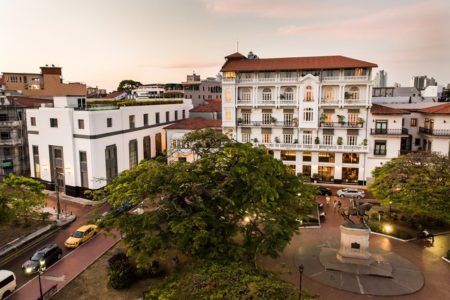 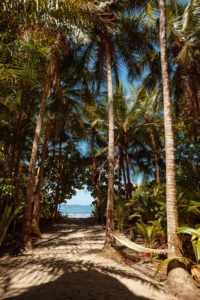 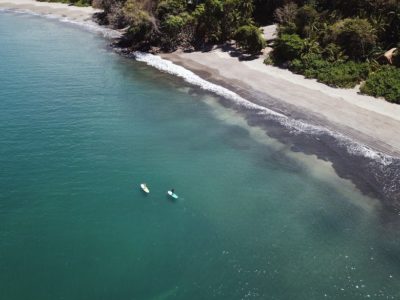 Welcome to the crossroads of the Americas. In Panama, north meets south in a fiesta of tropical biodiversity, celebrated at the world-class BioMuseo. East meets West through expanding world trade, with the world’s biggest cargo ships travelling the recently revamped Panama Canal. Darling Panama packs so many treasures into one small country – from white-sand beaches to tropical rainforests, misty highlands and indigenous culture – it is shocking that it’s somehow still under the radar. In 2019, Panama City pledges to party like never before, marking its 500-year history with one raucous jubilee that you won’t want to miss. ¡Viva Panama!