This adventure starts by crossing the Mayan jungle (near Cancun/Riviera Maya) on board a Mercedes Benz Unimog, and then rappelling 12 meters down into a beautiful turquoise ‘cenote’ or sinkhole. The Yucatan Peninsula has over 3000 cenotes, formed by underground fresh water rivers, and sacred to the Maya because they represented the entrance to the underworld.
The adventure continues by flying over the lush jungle on a zip-line, and snorkelling in the otherworldly Nohoch Nah Chiich cavern. This is the entrance to the Sac-Actun system, the longest underground river on earth!
At the end of this amazing experience, a local shaman will perform a Mayan purification ceremony.

In the remote wilds of authentic Africa, on the banks of the Zambezi River 14 kms above Victoria Falls, the exclusive Elephant Café is pursuing a passionate vision that excites the senses – to provide a sublimely unique gastronomic bush gourmet cuisine experience “like none other in the world.”

Gourmet Chef de Cuisine, Annabel Hughes, heads the team that conjures up wild menu delights. She’s a devoted “foodie” who uses the fresh fruits and nuts of the wilds and states on her delightful Blog: “I cook, I garden, I forage, I write a Blog about African fusion food where garden-to-table meets bush cuisine.”

Follow Annabel’s blog, Savanna Bel, about The Elephant Cafe and the cuisine of the wilds near Livingstone (Victoria Falls Zambia.

Annabel lives on a farm near the restaurant. “The Elephant Cafe provides an experience like none other in the whole world – interacting with elephants in the remote wilds on the banks of the Zambezi River while eating delectable fresh local food with a wild element,” she says.

For such a small and exclusive group seeking sheer luxury in the wilds then our own group’s River Club will astonish and delight!

Here’s a link to typical Breakfast, Lunch, High Tea and Dinner menus at The Elephant Café menu to tantalize your taste buds!

Considered to be the dish which Poland is famous for, Pierogi is good for all occasions. Whether eaten in a high-class restaurant, in a market place cafe with a cold beer, or home-cooked for a few friends – it’s hard not to eat in and enjoy them.

As everybody likes eating well and if it takes place in a nice scenery of Krakow’s places and if in addition this food is being prepared before our very eyes by a person, who is not only an excellent cook but also tells brilliant stories about origins of prepared dishes… This is a very interesting activity for people interested in getting to know more about the Polish culture and, of course, its gastronomy! We start in the morning walking Old Kleparz market where we will buy the ingredients for today’s cooking class. For the pierogi – dumplings, we will hand out a buying list, together with a few euros – at Kleparz, all ingredients are fresh and best quality.

In the restaurant the chef is already waiting for us with all necessary equipment and cooking stands and ready to start preparation of pierogi. In the beginning of the lesson, you will receive a booklet of Polish recipes for pierogi. Pierogi are served in a variety of forms and tastes ranging from sweet to salty to spicy. Pierogi were traditionally peasant food, but eventually spread in popularity throughout all social classes, including nobles. They are served at many festivals, playing an important role as a cultural Polish dish.

Roll up your sleeves and put on your aprons for a few hours of hands-on cooking – Polish style! 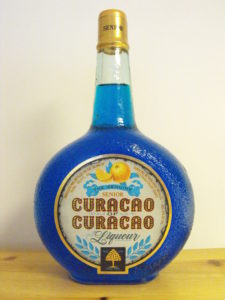 Blue Curacao is a liqueur that is flavored with dried peel of the laraha citrus fruit, which is grown on the island of Curacao.

The laraha was developed from the Valencia orange, which was brought to Curacao by Spanish explorers in 1527.

In the past, the liqueur also had the name Creme de Ciel (“cream of heaven”), most likely for its blue color.

To create the liqueur, we use dried laraha peel, bringing out sweet fragranced oils. after they are soaked in a still with alcohol and water for many days, the peel is removed and other spices are added. The liqueur has an orange-like flavor with some degrees of bitterness. 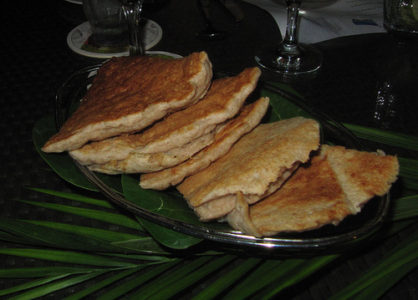 Pan bati is similar to a pancake that means smashed bread in Papiamento, the native language of Aruba. it is usually eaten as a side dish, especially with the local dish of the island of Aruba (red snapper, pan bati and funchi, which is fried polenta)

Pan bati has been influenced by different cultures, mainly from the Creole Indians.

The ingredients are namely;

Add the egg, milk and vanilla to taste

Mix all the ingredients until they become smooth. If it’s not smooth, add a little water gradually until it is smooth. Place in a non-stick greased pan, until it is slightly brown on both sides.

We will take you to German cuisines of different regions and introduce you to some well-known but even surprisingly unknown typical German dishes. Travel with us into four different cities and get to know different German “must-eats”:

We start in the north of the republic with Hamburg. The typical cuisine of the hanseatic City is clearly m

ore fish-orientated as in all other regions of Germany. Take a fresh crispy bun, cover it with thinly cut herring, saithe, mackerel, matjes or northern sea shrimp. Refinish with raw onion rings, sour cucumber slices, green lettuce and add a homemade remoulade … now you will enjoy your first fish sandwich.

In the north, these freshly caught delicacies are one of the most popular snacks and have a long culinary heritage.

We continue our search for typical German dishes in the capital! The Berlin kitchen is grounded and offers “good traditional fare”. However, we want to introduce you to a meal, which is rarely found in the domestic kitchen, but often on Berlin streets.

The currywurst, today one of the most typical snacks of Berlin, was not invented all that long ago. Surely, their origin is not finally proved, but Herta Heuwer, should have been the own to serve the first currywurst in September 1949 in Berlin-Charlottenburg. Today you will find currywurst in Berlin almost everywhere.

Right in the middle of Germany, the traditional dishes of the Main metropolis Frankfurt

have a lot to offer, and look back on a long tradition: Pressed wine from apples, green sauce made of seven herbs and a “royal”, gold-shimmering cake. But the Handkäs is even more popular. Its name originated from the former method of production, since it was knead and shaped by hand during the 19th century.

This traditional cheese is served with “music”, a marinade consisting of diced onions, vinegar, oil, cumin, pepper and salt. “Handkäs’” is usually accompanied by apple cider.

A little further to the south and we enter Bavaria, our last culinary stop through

Germany. Across the borders, the Munich classics such as Bavarian veal sausage and pretzel are well known. But have you ever heard from “Leberkäs” a very special treat from the Bavarian kitchen? Whether hot with potato salad and fried egg or cold with sour cucumber in a bread roll, Leberkäs is always a pleasure.

Leberkäs directly translated means liver and cheese but both of these ingredients are not contained in this specialty. The name derives from the old German word lines “Lab” for loaf and “Kasi” for solid mass

Take the opportunity to taste one of our specialties during your next visit to Germany!

South Africa, known as the Rainbow Nation, boasts a diverse cultural mélange which goes hand-in-hand with a rich culinary heritage.

Spicy aromas fill the air of Cape Town’s colorful Bo-Kaap—an area renowned for its Cape Malay culture and full-flavored cuisine—as hearty meals such as bobotie is accompanied by homemade chutney and friendly household chatter; dhaltjies are enjoyed on the go while sweet treats like koeksisters tantalize the taste buds of those liking the sweeter side of life.

This fusion of cooking traditions dates back to the 17th and 18th century when slaves from the East were brought to the Cape by the Dutch settlers. Today it remains a significant part of the Western Cape’s culture.

Join a Bo-Kaap cooking tour and learn more about the Malay style of cooking, its background and the array of spices used. Guests have the opportunity to visit a spice shop, prepare dishes such as a traditional curry, learn to mix their own masala and fold samoosas. And after a fun day’s cooking, sit back relax and enjoy the meal!

Take the recipes and this special experience home with you and delight your family with a taste of the Cape!

Pho and Vietnam – this belongs together lke France and Croissants, Italy and Pizza or the Netherlands and cheese.


Apart from being Vietnam’s national dish, this soup is regarded as a kind of miracle cure that can heal almost everything!

Taking a stroll through the little alleys of Hanoi in the early morning hours, you will notice people sitting on plastic chairs lapping up this traditional breakfast soup with relish at nearly every corner. There are hundreds of little street stalls selling it and actually every family has their own recipe. But no matter where you try it, the basic Pho always consists of a hearty broth with pieces of beef  (phở bò) or chicken (phở gà), rice noodles and many different herbs and spices , topped with individual add-ons.

All ingredients are super fresh and healthy! Coriander is good for the stomach, the Vitamin C of the lime helps against colds and in beef there is a lot of zinc that strengthens the immune system and acts anti-inflammatory. This combination is unbeatable and no matter if you are suffering from flue, tummy ache, cold or lovesickness – Pho will definitely support your soon recovery and apart from that it is just soooooo tasty!

Although the Vietnamese cuisine definitely offers other great and even more exotic dishes, a good Pho alone is worth a trip to Vietnam and can become an exciting element of your next Incentive trip. Whether you surprise your guests with a traditional Pho breakfast at an authentic local street stall or let them prepare their own Pho during a cooking class with a Michelin star awarded chef – there are many different possibilities to let them experience the magic of the Pho 🙂

The town of Tequila can be reached in the comfort of a private carriage on the Cuervo Express train, which travels from Guadalajara through the magnificent UNESCO World Heritage agave landscape. The cores of the agave are used to make tequila since the 16th century, and the town is still Mexico’s largest producer. Make a visit to the Jose Cuervo Distillery, the world’s oldest tequila distillery, part of your next incentive or event in Mexico. Tasting included…

Mexican cuisine is so interwoven with the country’s centuries-old cultural traditions, that it has status as an Intangible Cultural Heritage of Humanity by UNESCO. No other nation’s food has been given this honour. Definitely a highlight of your next incentive or event in Mexico!